The third novel by Than Nhien, first to be published by Van Hoc Press, tells the story of a young man whose parents are Vietnamese refugees, who escaped South Vietnam after the Communist victory. He himself was born and raised in the US but had lived an unstable life during childhood and adolescence. In searching for what he might have thought as his root, he went to Vietnam. Here, many facets of life in a strange country turned him into what the author called man-ghost. Written in a language that is both modern and fast-moving, with this novel, Than Nhien certainly established himself as a leading writer of his generation. 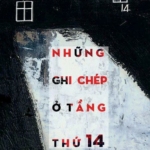